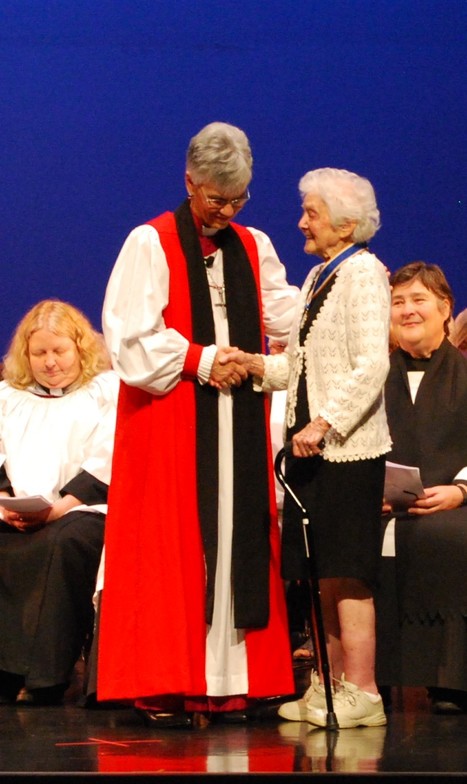 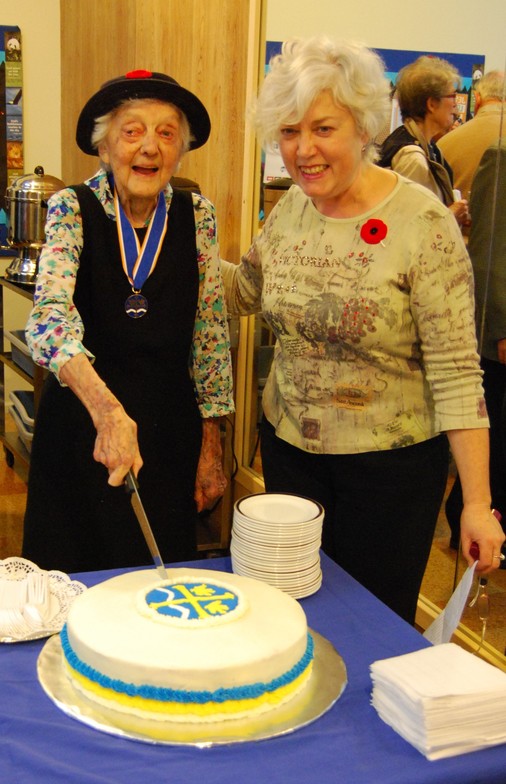 The introduction of the recipient read at the service.

Helen has faithfully “let her light shine” for over 60 years through her service as a teacher and Superintendent of Sunday school, in the choir, on the Pastoral Care team, and with the Mothers’ Union at St. Cuthbert, among others. One can perceive the light that is within as well as the love and genuine concern she shares with everyone, born out of deep, yet practical faith in Christ. Helen is well-known and well-loved by her parish.

The Citation as recorded in the Permanent Register of the Order

Helen Riel was born on September 9, 1924 in Melfort, Saskatchewan. She grew up on a farm outside of Hudson Bay Junction and attended Sunday School by post. After the Second World War she moved to British Columbia and settled in the Lower Mainland. She married in 1958 and moved to Surrey in 1960. Helen began attending St. Cuthbert parish in 1962, two years after the church opened. As one of the pioneer parishioners at St. Cuthbert parish she has served in many different ministries. In the 1960s, when her children were young, she taught Sunday School and was the Sunday School superintendent for many years. In the 1980s she sang in the choir and supported outreach series in local extended care facilities. She was also a member of the Pastoral Care Team and regularly made visits to those in need from within the parish. As Helen was one of the earliest parishioners, she was the informal keeper of the archives until the records of St. Cuthbert’s parish were sent to the diocese. In the 1990s Helen sat on clergy support teams for one of our curates as well as the Rector. Helen became involved in the Mothers’ Union and continues as an active member to this day.