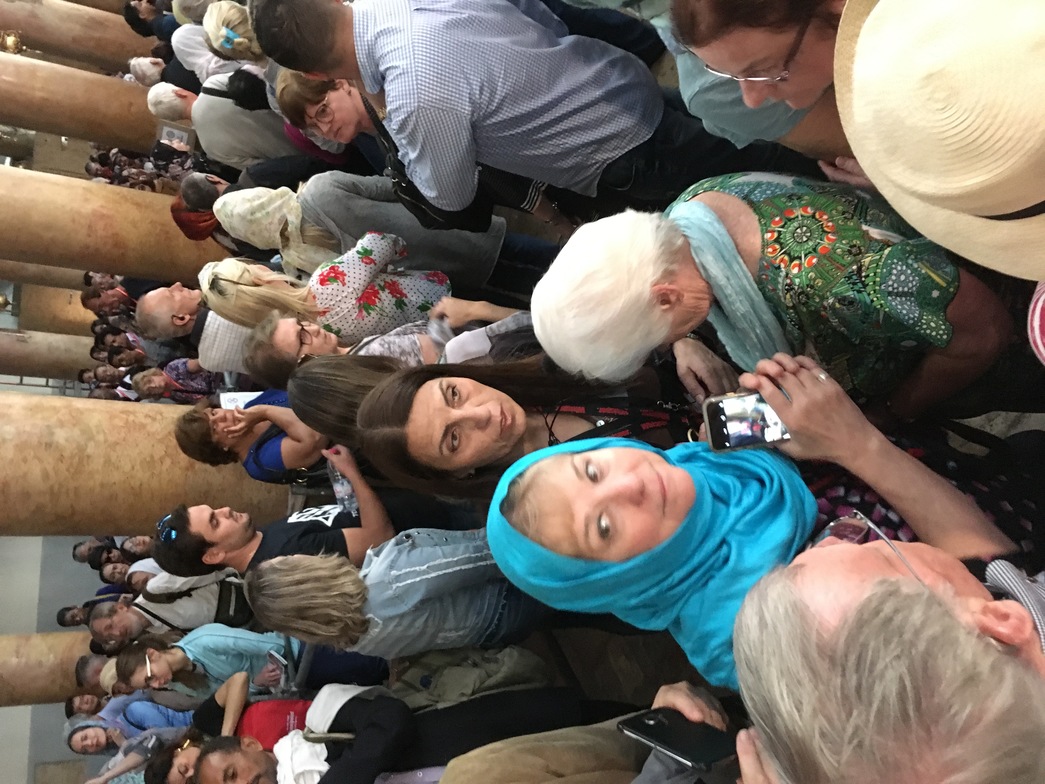 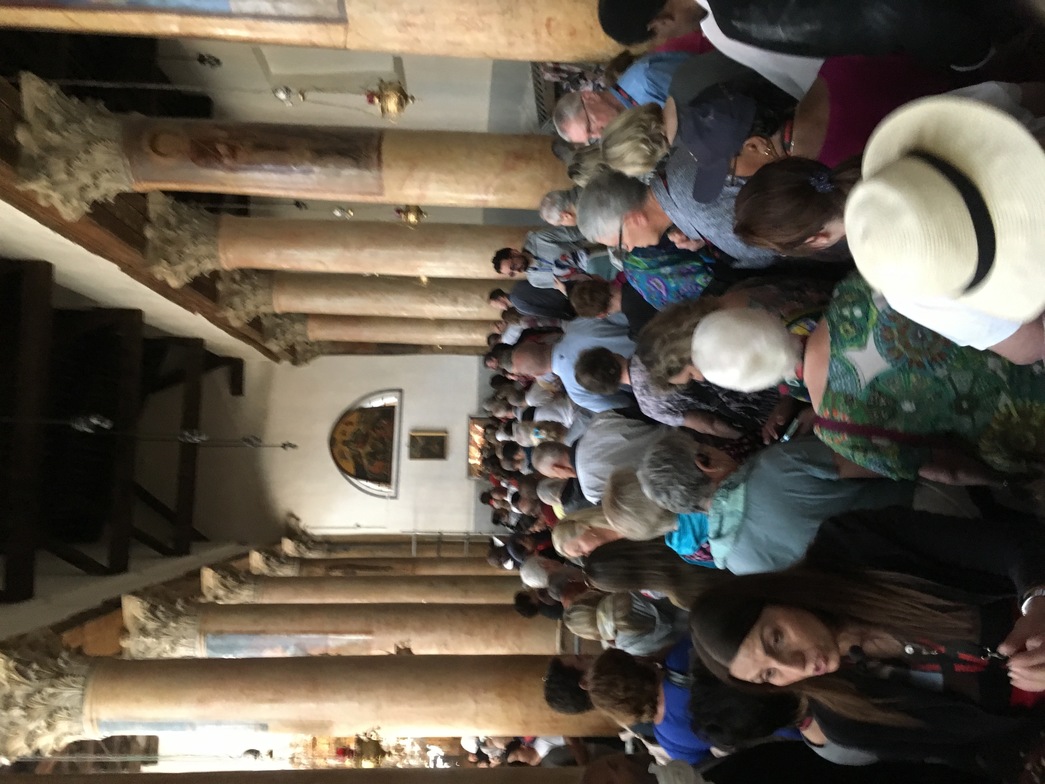 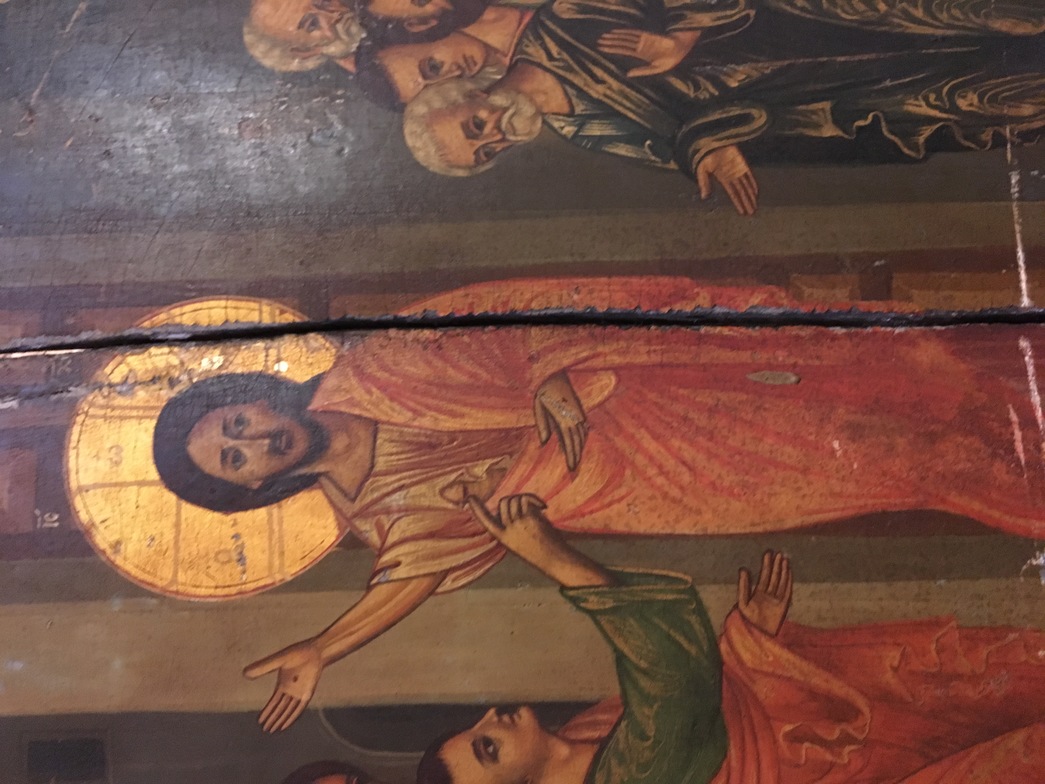 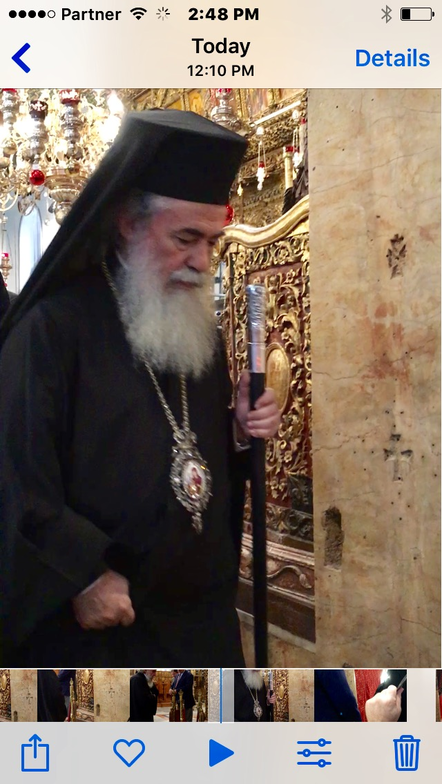 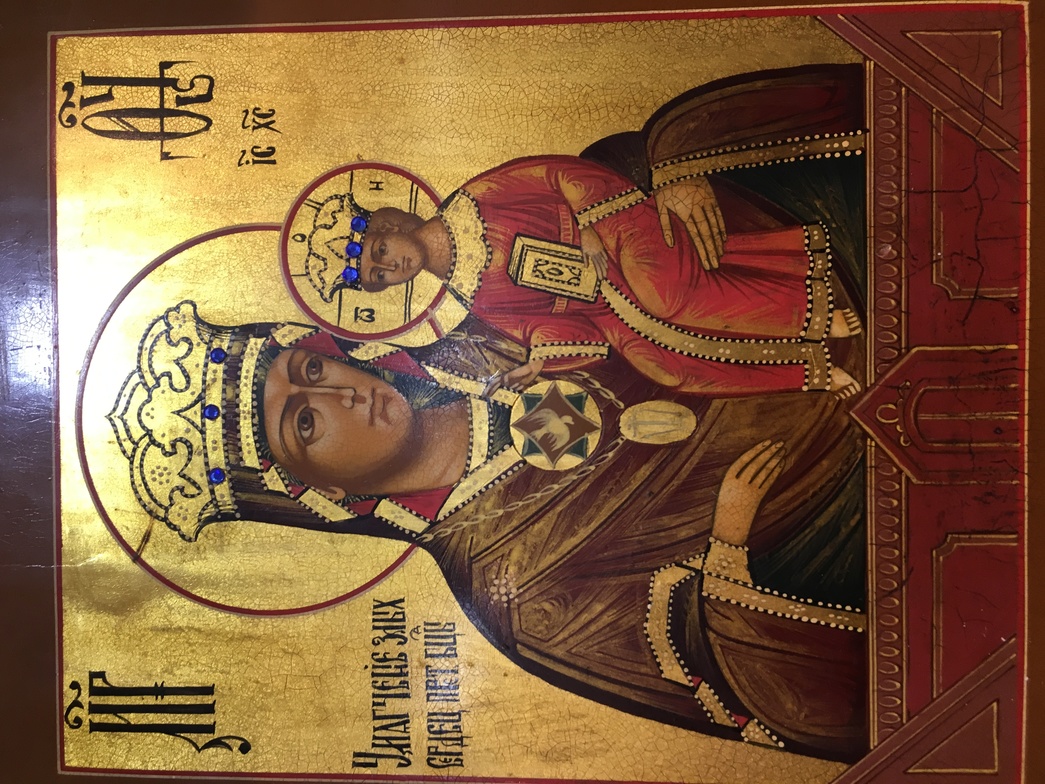 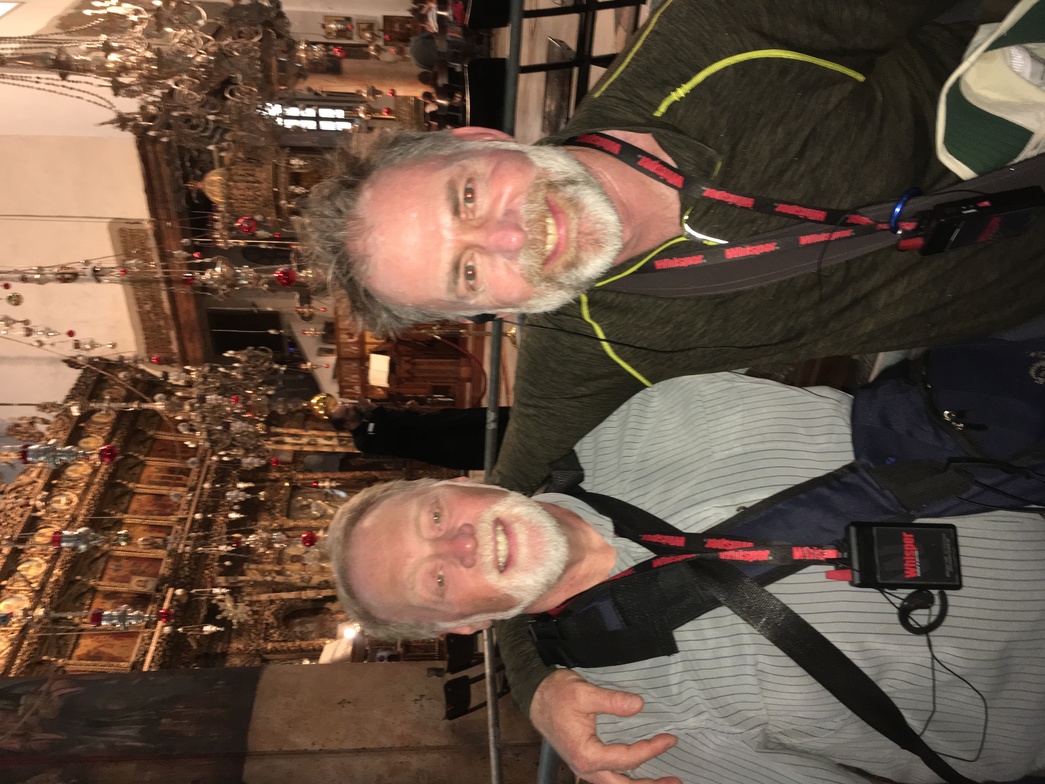 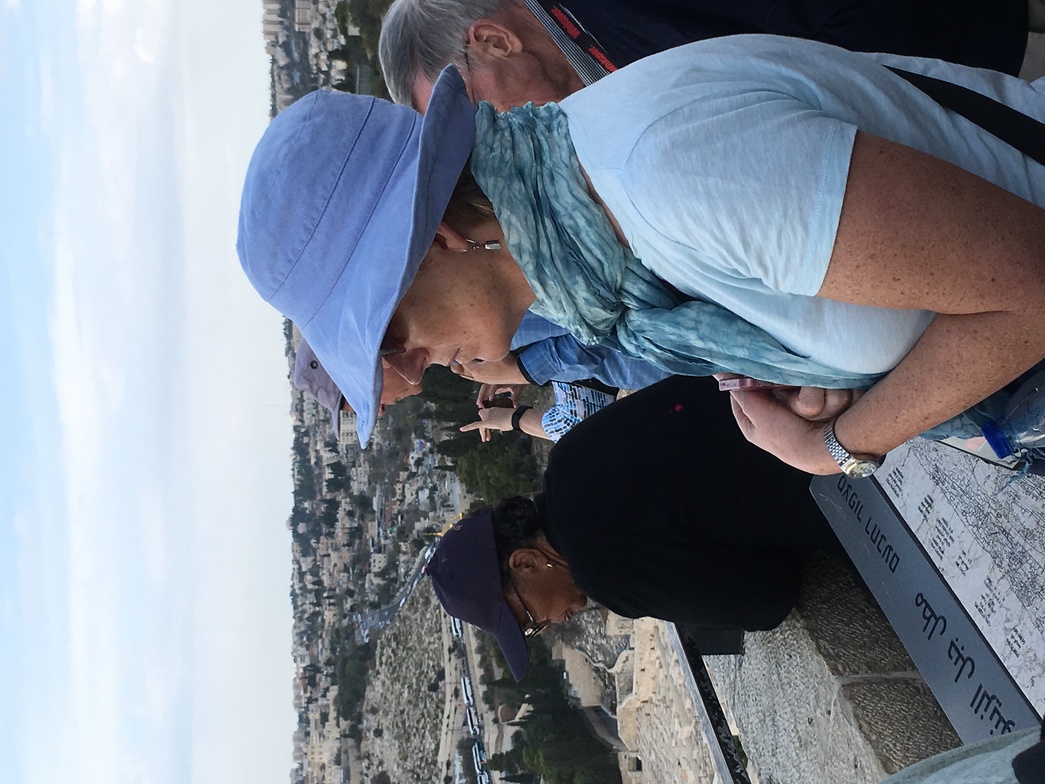 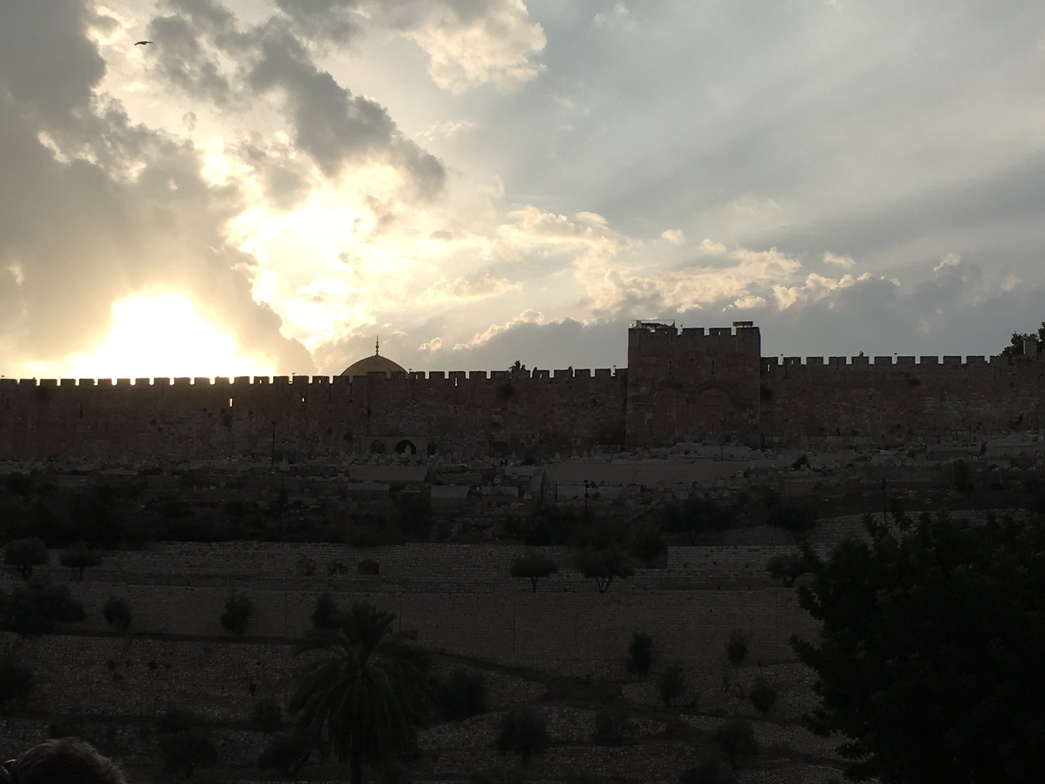 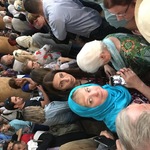 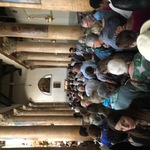 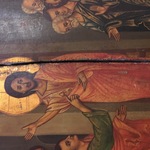 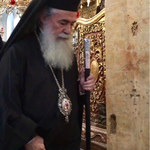 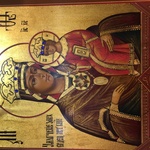 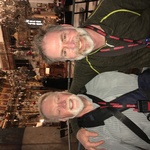 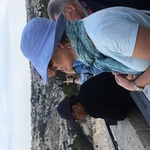 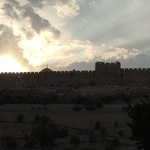 We travel by bus to the Bethlehem area where we examine the birth narratives of Jesus (Matthew 1-2; Luke 2). Before entering Bethlehem, we will go several kilometers to the east and visit a Fortress-Palace built by Herod the Great. It is known as the Herodium and served as his burial place upon his death in 4 BC. Our primary destination in Bethlehem is the Church of Nativity, a well-preserved Byzantine church built over a grotto-cave venerated as the birthplace of Jesus. Bethlehem is also renowned for its olive wood craftsmanship and an opportunity will be available to shop at one of the local olive wood stores. We return to Jerusalem to the Mount of Olives for an overview of the city and to begin our discussion of Jesus in Jerusalem. Here we recall the events of Palm Sunday, the Last Supper, the Betrayal, the Crucifixion, the Resurrection and the Ascension of Jesus. You have the option to walk down the mount to the Chapel of Dominus Flevit, which is dedicated to the moving event of Jesus weeping over Jerusalem as he approached the city on Palm Sunday (Luke 19:41). Our walk will continue to the traditional Garden of Gethsemane where Judas betrayed Jesus (Luke 22:47) and where we will meet the rest of the group to visit the Church of All Nations. Next, we enter the Old City through St. Stephen’s Gate (Lions Gate) to visit the Church of St. Anne. This well-preserved Crusader church of the 12th century is acoustically exceptional and welcomes group singing. There are various archaeological ruins on the grounds believed to be the Pools of Bethesda mentioned in John 5, where Jesus healed a man who had been ill for 38 years. Leaving the church, we travel along the traditional Via Dolorosa, passing by the “Stations of the Cross,” commemorating the events associated with Jesus’ trial, crucifixion and resurrection. We end our day at the Church of the Holy Sepulcher, the probable site of Jesus' Crucifixion and Resurrection. Overnight Jerusalem, Notre Dame.

Pastor Paul's reflections on the day:

What a packed and rich day!  The bus was delayed in our departure 10 minutes while I returned to my room to get my passport (!), since we were travelling to the Palestinian Authority.  Our first stop was the Herodium built by Roman King Herod. What a tribute to himself!  Because it couldn't be seen from Jerusalem, he had (paid) workers take the top off an adjacent hill and build it up so that it could be seen from far and wide (and yes, it can be seen from Jerusalem).  It was the only structure that he named after himself.  He built his Jerusalem palace, the Second Temple, the harbour and aqueduct at Caesarea, and Masada.  He was so hated by the Jewish Zealots who controlled the Herodium for a time, they smashed the sarcophagus containing his body and finery.  The pieces have been put back together and I look forward to seeing it reconstructed in the Israel Museum.  It was pointed out that his Edomite family was converted to Judaism by force, and that he showed great restraint in his construction projects, respecting Jewish religious sensibilities.

The balance of the day was focussed on Jesus and Jerusalem.  It was fascinating to consider from the wilderness as we approached the back side of the Mount of Olives that Jesus, in his agony recorded in the Garden of Gethsemane, could have simply slipped over the hill and into the wilderness, joining others who led breakaway separitist groups.  Perhaps it was in the wilderness, when tempted by the devil, that he put this temptation behind him, and his prayer to the Father in the Garden, "not my will but yours be done."  The Church of Dominus Flevit "The Lord wept" provides a beautifully subdued place to ponder Jesus' agony and abandonment.  (see Luke 22:39ff) We spent time at a lookout, looking at the view Jesus and the disciples had and we prayed for the Peace of Jerusalem.

It was a beautiful afternoon/evening (sunset at 4:43) with the shadows lengthening in the Kidron Valley. This is the route Jesus took on Palm Sunday. We entered through the Lion Gate (not the gate that the festal procession would have entered). After the climb we visited the likely site of the Pools of Bethesda, where Jesus healed the man who had suffered for 38 years. It is quite an archaeological  site. We also sang at "The Singing Church" dedicated to Ste. Anne, who tradition holds, was the mother of Mary. It is cared for by The White Fathers, and I received the laying on of hands + blessing by Fr. Michel from Berkina Faso (en fracais). Once the sun sets the old city takes on a different feel. The Via Dolorosa is a narrow lane with shops on either side. There are 11 Stations of the Cross along the street and four inside the Church of the Holy Sepulcher, the traditional site of Jesus' Crucifixion and Entombment.  We learned there is a lot to suggest that this site, established by Constantine's mother Helena in The 320's AD is the actual site. Debate continues. At times we had to stop since the street was so jammed with pilgrims carrying crosses and singing, people trying to get home before Shabbat, and people buying groceries.

There is a large courtyard in front of the church which had hundreds of people in it - tour groups and small groups from every nation and language. It was quite something to experience the "all nations" in Jerusalem - all drawn to the land of Jesus' life and teaching, his death, resurrection and ascension.

Inside the church the pulse quickens. There is a chapel where the Cross is believed to have stood, and the Sepulcher itself with a line of pilgrims that wrapped right around it. It had been a long day so instead of 'queuing-up', Joanne and I visited the Syrian Orthodox Chapel next to it (there are many chapels in the church) that had two "coke" tombs in a side chamber, the type of Jesus' day. Whether this was the family tomb of Joseph of Arimethea, who provided the tomb for Jesus, is another question. We walked home, tired and satisfied, with only one more stop - the wine shop. Dinner is at 6:45, and by the time I returned to the room and prepare for the next day, I usually fell asleep writing my reflections. And that is why I fell behind; long, demanding days. No complaints!